Q & A With Simone Pond 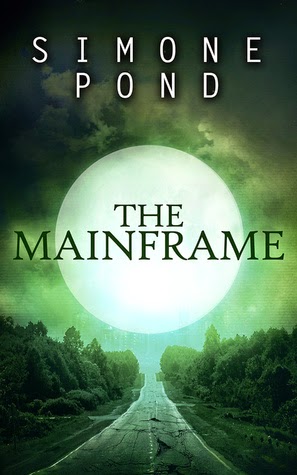 The Mainframe
The New Agenda #3
by Simone Pond
Book three picks up in the year 2345, seventeen years after the disappearance of former city center leader, Chief Morray. There has been peace among the West Coast regions for years, but in Ojai Village there is very little peace between Ava and her sixteen-year old daughter Grace. Both have different ideas about what it takes to maintain independence. Ava spends hours inside the mainframe searching for Morray, while Grace focuses on the art of combat. Grace’s dream is to get accepted into the Silicon Valley Academy and become a soldier like her father General Joseph Strader. During tryouts for the academy Grace comes across some digital footprints inside the mainframe, convincing Ava that Morray has returned to seek revenge and reclaim control. When Ava goes missing, Grace assembles a motley crew of cadets to go on a search and rescue mission up north in Seattle to save her mother and take down Morray. Grace soon learns that independence comes at a price.
Paperback, 261 pages
Published November 25th 2014 by Ktown Waters

Find it on Goodreads
Amazon 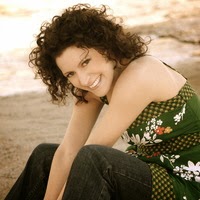 Award-winning author of dystopian fiction. Books include: The City Center, The New Agenda, and The Mainframe. The Torrent will release summer 2015. The short stories series, Voices of the Apocalypse, launches January 2015.

Simone grew up in Kensington, Maryland - a small town just outside of Washington D.C. As a young girl, she loved writing in her journal and making up stories, but after reading S.E. Hinton's The Outsiders, everything changed. Amazed that a woman could write so convincingly from a teenage boy's perspective, Pond became determined to become a writer as well.

Pond currently lives in Los Angeles with her husband and their Boston Terrier. Learn more about her books at simonepond.com. Be sure to join the mailing list for updates on upcoming releases.

Q:  Tell us a little bit about your main characters.
A:  Ava Rhodes is the main character throughout the series. I actually wrote an entire blog post about Miss Rhodes. Mostly because a few readers of The City Center questioned why she wasn't as bold as Katniss Everdeen. And they were absolutely right. But I have my reasons. Ava was designed from her inception to be a symbol of perfection. She was raised inside a modernized city center, where she was sheltered and pampered, and lived a life of luxury. Throughout the first book, she's learning how to break free of that world and fight for her freedom and survival. Slowly over time she organically develops into a stronger character. By the third book, I think she's pretty badass.

Chief Morray is the tyrannical leader of multiple city centers that breed and control human life. And he is Ava's nemesis. I love Morray because he's so dark and maniacal, but there's more to this character. In my second book, I go back in time to his teen years so the reader can get a deeper look into his psyche. He wasn't always a bad guy. But over time, his insecurities and grief knock him down. He thinks by controlling everyone and everything he'll be safe. His obsession with Ava is intense and fuels most of his motivation. Deep down he's terrified of being alone.

Q:  In your opinion, what makes a good, strong female lead?
A:  I think a strong female lead is a character who knows herself inside and out -- the good, bad and ugly. I don't think it means she has to be a warrior or a ninja. It's someone who is aware of their flaws and defects. A strong female lead is constantly grappling with things that block her progression, but she's willing to work on herself so she can learn and grow from each experience. This also happens to be my opinion of strong females in real life. :)

Q:  Who designs the covers for your books and what is that process like for you as an author?
A:  For The New Agenda book series, I hired Damon Za. As I'm writing each book, I put together a mood board on Pinterest, collecting photos for inspiration. I'll give the designer a synopsis of the story and the key points, as well as a link to my mood boards. He's talented and I'm grateful to have him on my team.

Q:  Describe your ideal writing spot.
A:  Usually I write in my living room with my dog by my feet. She's a Boston Terrier named Winnie and I'm obsessed with her. But my favorite place to write is in a coffee shop with a piping hot chai latte by my side.

Q:  What is the best advice you have been given?
A:  Just write - don't worry if the first draft is crappy, you can go back and fix it.

Q:  Which do you prefer: hard/paperbacks or ebooks?
A:  Both. But ebooks are so much more convenient. If I finish a book at 9pm and want something new to read, I just click a button. So cool.

Q:  If you could have any superpower, what would you choose and why?
A:  I wannnnna fly! I love the idea of not being weighed down by gravity.

Q:  What book are you reading now?
A:  Wool by Hugh Howey.