Today we have author
Michael Cargill on our blog!

Not only did Michael do an interview for us,
he was awesome enough to give us 10 copies of his newest book, just released last week, to give away!
See below for details. 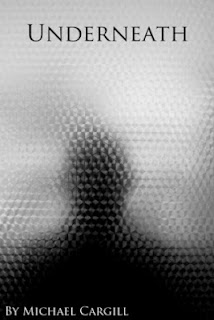 Look at the person sitting just across from you. It doesn’t matter whether they’re a loved one, a friend, or a complete stranger.

Now look at their face. Are they happy? Are they sad? Or are they angry? Can you even tell?

How well do you actually know the people closest to you?

Have you ever seen the real person that lies just underneath what you see…?


Thanks Michael for the interview and the giveaway!  When did you first know you wanted to be a writer?
Around about the middle of last year. Over the course of a couple of months, I had been sending out a load of silly emails to people at work, and they said I should write a book. So, in the end, I self-published those emails for free in Diary of a Dork, and that was that! I had no interest in writing at school; I was a right nerd, always wanting to play around on the computers. It's why I ended up in IT.


Is there someone in your life who inspired you to write? Was there another author or a teacher who encouraged you?
Nope. I think the only thing my teachers encouraged me to do, was to stop talking in class so much. Well, apart from one of my maths teachers. I once yelled out 'boring' as she stood next to the blackboard, warbling on about something really boring. When she stared at me, I thought she was going to eat me.


Tell us about Underneath. Where did you come up with the idea behind the story?
I had an idea bouncing around in my bald head for a sociopath character, but originally he was going to be far more calculating and analytical. I did some research on sociopaths - as in, I went to Wikipedia and typed in sociopath - and saw that they tended to be impulsive and irrational. My bald head also conjured up some characters for another story, one based in a police station. However, my bald head couldn't handle both ideas at once, and they got squeezed into one book.


What do you like to do when you're not writing?
I like relaxing, usually to the soothing sound of a naked Frenchman reading me poetry. Nah, not really. Maybe a bit of reading, a bout of shooting at people in Battlefield 3 or arguing with strangers on the Internet.

Or being a creep to the modmins on Goodreads.


Do you have any hidden talents?
Not entirely sure. Two left feet, perhaps? Being sarcastic?


Do you have any advice for budding writers?
Practice! And don't underestimate how much editing, and proof-reading, goes into a book before it's published. No author is capable of churning out perfect prose right off the bat; they will go through it multiple times, and then the editors go to town on it.

If you have a stab at writing something, and then feel embarrased about it when you come back to it a day or so later, then that is a good thing - that's exactly what your favourite writer does!


If you could be any mythical creature, what would you be and why?
For some reason, I really like the whup-whup sound that a helicopter makes, so that would be my roar.
I also like the way squirrels move, and run up trees, so I would be as nimble as one of the cute little buggers.
I would be about the size of a horse, not because I like horses, but because crazy women like horses, and they would all love me and feed me mints.

hmmm?
Now for the giveaway!
Grabbing up your own e-copy of Michael's book couldn't be easier.
Just follow Michael by any means below and leave me a comment letting me know your method of stalking!  Make sure you leave your email so I can tell you how to get your book!
The first 10 people to leave a comment will get a copy!