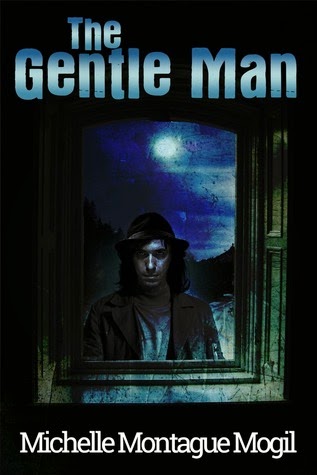 The Gentle Man
Love Eternal #1
by Michelle Montague Mogil
Ana Trent is having a change of life -- and it ain’t menopause. Just when she had resigned herself to a life of drudgery and angst in her downhill years, Ana is accosted by a mysterious man running for his life. Naturally, she tries to help. Naturally, things don’t go well...
Kindle Edition, 184 pages
Published November 19th 2012 by Amazon Digital Services

Amazon      B&N     Smashwords
Michelle Mogil was born in Buffalo Children’s Hospital in Buffalo, NY, on March 1, 1960, thus depriving her mother of a surf’n’turf dinner. She has spent the last 50+ years trying to make it up to her. 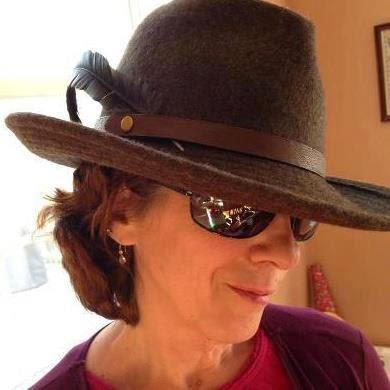 She lives in Upstate New York with two cats, one greyhound, and fifteen chickens, and one very tolerant husband.

She’s new to the writing scene, running down the road on this amazing journey. Every once in a while, she’ll stop and look around and throw something up here.


Q:  Tell us a little bit about your main characters.
A:  Anastasia Trent is my Mary Sue. I know that, for some reason, writers try to avoid this sort of character, but writing her was cathartic for me. She has the same sort of trials and tribulations I faced at the time and working things out in a fantasy setting helped me get through a very tough time in my life.

Q:  In your opinion, what makes a good, strong female character?
A:  All the strong women in my life have had the courage to face hard decisions, make them, and deal with the consequences without succumbing to self-doubt. They know which battles to concede and which to fight hard for. They make mistakes, acknowledge them, and move on. Ana is not what I would consider a strong female character, though. She really lets circumstances move her around and seems to keep making the wrong decisions at every turn. She does have the courage to keep on keeping on, though. I'll give her that.

Q:  What do you see as influences on your writing style?
A:  My life so far: it's not been an easy one. I tend toward cynicism and sarcasm and oftentimes my editors have to rein me in. Faced with tragedy, I will resort to black humor, sometimes to an inappropriate level.

Q:  Who designs the covers for your books and what is that process like for you as an author?
A:  Eric Hubbel has been my cover guru. It's been sometimes frustrating because I do have an artistic nature, but find it hard to articulate exactly what I want to see. He's been patient with me, though, and it's resulted in some very lovely cover work, I think.

Q:  As a child, what did you want to be when you grew up?
A:  I remember telling someone I wanted to be a fireman. Not a fire-fighter, but a fireMAN. This was 1964, when it was unheard of for women to take those kind of roles, so I figured I first had to change sexes.

Q:  Which do you prefer: hard/paperbacks or ebooks?
A:  I used to scoff at people with their Kindles and Nooks, saying I preferred to hold a solid, hard-copy version in my hands and physically turn the pages. However, I do have to acknowledge the convenience of having one small device with thousands of books on it. So, I'd say I'm hooked on ebooks now.

Q:  If you could have any superpower, what would you choose and why?
A:  Oh, I'd want to fly. The utter freedom, casting off the bonds of gravity. What a joy that would be.

Q:  What book are you reading now?
A:  I am currently re-reading my first two books, The Gentle Man and The Loyal Man, in preparation for launching the third one in the series. It's a good way to double-check the continuity.