Q & A with James Collins 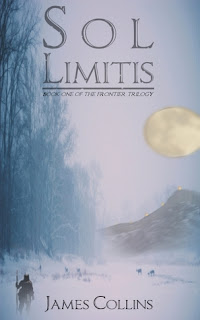 367 AD - A battle-hardened soldier is sent to the frozen north of Britannia on a personal mission from the Emperor. Conducting a desperate investigation from a hostile garrison on the crumbling frontier of Hadrian’s Wall, Atellus must struggle to survive in a wild and lawless land torn apart by the death throes of an over-stretched empire.

Set in Roman Britain in 367 AD – a time when the far provinces are sliding out of the Empire’s control, and the division between ‘Roman’ and ‘Barbarian’ is almost non-existent – Sol Limitis (‘Sun of the Frontier’) is the prelude to a series of events which led to the historical ‘Barbarian Incursion.’

Atellus - a troubled campaign veteran and close friend of the emperor Valentinian - is sent to Britannia to investigate the disappearance of children from Aesica, a garrison fort on Hadrian’s Wall. Arriving in the midst of a frozen winter to a hostile reception, Atellus uncovers a plot that threatens the already-fragile foundations of the entire province. With the help of Calidus ,the Governor’s wayward nephew, and Aurelia, one of the Emperor’s senior spies in Britannia, Atellus must use all his skill and resilience to survive and help to thwart treachery and murder at the very limits of the empire.

A raw and uncompromising novel of action and intrigue in Roman Britain, Sol Limitis is a unique and immersive work set in a well-crafted and brutally realistic vision of the past. 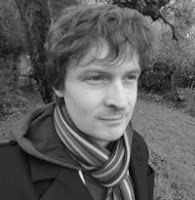 James Collins is an author, editor, freelance journalist and recovering archaeologist. Born in Stoke on Trent in 1979, he studied archaeology at the University of Nottingham and went on to work as an archaeologist in the UK and abroad. Tired of wallowing in muddy holes for a living, he survived various unsavoury menial jobs before catching his breath in the construction and renewables industries for more years than was healthy. He is currently working towards being self-employed and to be able to get paid for doing what he loves: writing. James also plays and teaches classical guitar and spends most of his spare time studying the Daoist arts.

Q & A with James Collins

Sol Limitis is set in late Roman Britain, at the end of the fourth century AD.

Atellus is the main protagonist: he’s a veteran soldier, originally from Constantinople in the East but sent to Hadrian’s Wall on a personal mission from the Roman Emperor Valentinian. He’s disillusioned, weary and carrying the burden of a terrible tragedy within him.

Aurelia is one of the emperor’s senior spies in Britannia, entrenched within a privileged position in the British city of Eboracum, she falls upon hard times at the start of the book and tries to claw her way back to seek vengeance whilst maintaining her duty as an agent of the emperor.

Calidus is a coddled teen sent with Atellus to the Wall by his uncle who is the governor of Britannia. Hot-headed and eager, events soon scour the naievety from him as he realises the peril to his own life and attempts to aid Atellus and Aurelia in their mission to uncover the secrets behind the garrison of Aesica on the Wall.

2. Who designs the covers for your books and what is that process like for you as an author?
I’ve only just published my debut novel Sol Limitis, and I actually designed the cover myself for this. I had a rather specific image in mind before I came to even get anything down on the screen, so it was just a matter of sourcing some images and creating the desired effect. I wanted something that wasn’t a standard genre fiction cover, but was a little more introspective, something that conveyed the sombre majesty of the setting as well as the isolation and bleakness of the environment. I’m happy with the end result. The real challenge will be repeating it for the next part of the trilogy!

3. Describe your ideal writing spot.
Well, whilst recognising this as the start of countless bad habits: Definitely a good pub! A cosy warm pub on a cold evening, with a pint or three of well-kept ale, a comfy seat, a fully-charged laptop and a head full of ideas. And maybe a small bowl of chips for company.

4. What is the best advice you have been given?
Let it go! (predates Frozen….honest!) This applies to so many things in life, I’ve lost count. Easier said than done, though. This is a lifelong practice in its own right…!

5. As a child, what did you want to be when you grew up?
I think I oscillated between wanting to be a computer game designer and an actor. Writing was something I actively did from a very young age, and was a part of me, so it wasn’t something I considered aspirational so much. Now though? If I could earn a living from writing I would be a very happy bunny.

6. Which do you prefer: hard/paperbacks or ebooks?
I think both formats have their strengths and weaknesses. I love the feel of a paperback, the smell of it, the aesthetic appeal of the cover and the layout of the text inside, the feel of turning the pages, the changing heft of a book depending how far through it you are. And the ability to broadcast what you’re reading to others! And I appreciate the portability and convenience of e-books, the immediacy and availability. I’m currently reading books in both paperback form and e-book form, so I’m very diplomatic in that regard!

7. If you could have any supernatural power, what would you choose and why?
Hmmm…as I’m not a good flier (understatement) teleportation would be useful. Or the ability to fly – I’d be happy to do it myself, just not too comfortable about trusting a machine to do it for me!

8. What book are you reading now?
As much as I dislike reading more than one book at a time….I currently have a few on the go: two non-fiction books: Opening the Dragon Gate (a tale of modern Daoist magic) translated from the Chinese by Thomas Cleary and an instructional book on Daoist alchemical meditation called White Moon on the Mountain Peak by my teacher Damo Mitchell. I’m also reading  a work of Wuxia fiction (classical Chinese martial arts/fantasy) called the Deer and the Cauldron by Louis Cha, and The Way of Kings by Brandon Sanderson (a fantastic example of epic fantasy.)