Q & A with Elizabeth Stephens 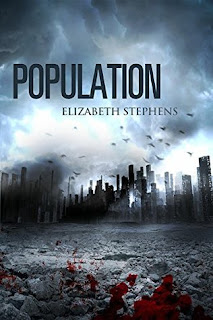 Lawlessness, violence and desperation are all that is left of the world following the coming of the Others. Abel exists only within the boundaries that her rules allow -- rules that she created to keep her alive. But when her best friend's daughter is taken by the Others, she can't keep playing by the rule book. Instead, she must begin a life defining journey that will test her survival techniques and challenge her ability to find what she has always feared: hope. 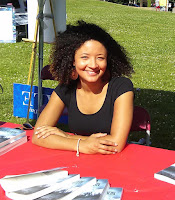 Though writing has been her unrelenting passion since the age of 10, POPULATION is Elizabeth’s first published novel. She has a repertoire of short horror publications under her belt and has worked as a political correspondent and travel writer across the US, the Middle East, Europe, and Africa. She currently lives in Johannesburg with her boyfriend and Zurg, a fat cat who she casually stole from her neighbors.

Elizabeth joined Vantage Point Press (a subsidiary of Nubi Tales Publishing House) in 2014. Her book is the first adult fiction novel to be published by the indpenedent agency, which specializes in multicultural children's literature. Nubi Tales and Vantage Point Press strive to bring greater attention to authors and illustrators of color.

Q & A with Elizabeth Stephens

My main character, Abel, is a strong female protagonist of mixed Native American Indian/African American ancestry. Her world was destroyed at the age of 13 when the Others, an alien and predatory species, invaded Earth following the destruction of their own home planet. She's tough as nails, resourceful, and isn't in the least bit afraid to get dirty or challenge a larger opponent. Abel is ready to do whatever it takes to defend herself and those she cares about. That said, she’s certainly got her faults. Given that Abel has spent most of her life growing up in the stark world of Population, she’s untrusting, stubborn, and has both a loud mouth and a short temper, which gets her into trouble a lot.

Kane is the male protagonist of Population and he is everything that Abel isn’t. He’s cool, calm, collected and above all else, patient. He spares Abel when he could have killed her and gang violence brings them together in an unlikely alliance. Abel has to rely on him to survive and has to learn to trust him in order to get her best friend’s daughter back. Their relationship is one of the driving forces of my novel, and something I certainly hope readers also fall in love with.

2. Who designs the covers for your books and what is that process like for you as an author?
Amygdala Art (http://www.amygdaladesign.net/) is the cover artist for my book and I have thoroughly enjoyed working with her. I was put in touch with her via my publisher, Vantage Point Books, and was given full license to work with her directly on the design of the cover. I sent her a list of images and concrete thoughts on what I'd like to see reflected in the cover of my novel, as well as a general idea of the mood. What she sent me initially was more horror than I wanted to see. I gave her a very short list of corrections and within 48 hours she had returned to me the cover that you all now see. She is brilliant!

3. Describe your ideal writing spot.
On the couch while watching TV far too late at night for creative writing. For editing and more technical work, I sit at my giant desk in front of my giant computer during the day with a cup of hot coffee in reach at all times.

4. What is the best advice you have been given?
Do what makes you happy. F**k the rest.

5. As a child, what did you want to be when you grew up?
Quite a lot of things actually. For a while, I wanted to be a veterinarian, then I wanted to be a journalist, then a diplomat for the UN. Now I'm working for the UN, and writing in my spare time and I have a cat -- so all in all I think childhood Elizabeth would be proud of where future Elizabeth ended up.

6. Which do you prefer: hard/paperbacks or ebooks?
Paperbacks all the way! I love books with paper pages that I can bend when particular passages inspire me. Plus, as a communications consultant by day, I can't imagine anything I'd like to do less when I get home than open up a screen when trying to read.

7. If you could have any supernatural power, what would you choose and why?
Teleportation. While the idea of flying seems great, I travel a lot for work and that seems like it would take a lot of energy. Teleportation would get me from point A to point B with absolutely no delay. And if I forget something in Johannesburg when I'm traveling to Dakar, then poof! Just disappear back to my house for a second before reappearing where I'm meant to be.

8. What book are you reading now?
The Fall by Chuck Hogan and Guillermo del Toro -- best vampire book I've read since Anne Rice's Interview with a Vampire series.