That's What HE Said #9: The Wilde One by Savannah Young

That's What HE Said
is a weekly meme hosted by Chapter Break
where you share your favorite line from your book boyfriend to his heroine. 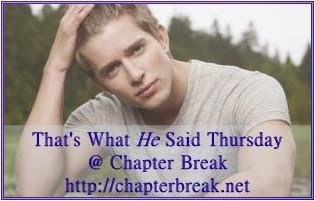 "You're perfect for me.  You're everything I've ever wanted.  Sometimes I have to touch you just to make sure you're real."

The Wilde One
(Old Town Country Romance #2)
by Savannah Young 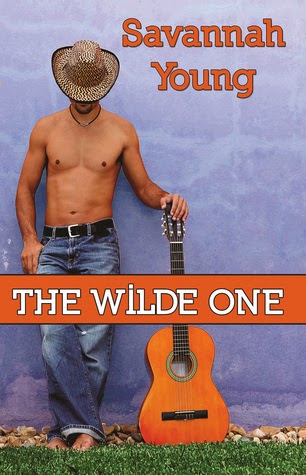 Tucker Wilde joined the United States Army right out of high school and was injured in Iraq. But more than just his leg was shattered in the Middle East. The war also crushed his spirit and damaged his soul. When a strange couple arrives at his family’s bar, Haymakers, Tucker can see signs of mental and emotional abuse and is immediately drawn to the lovely but fragile girl seated at his bar.

Gracie Parker has been a victim of abuse her entire life. When her boyfriend, Dex, beats her in the parking lot of Haymakers and abandons her, it’s almost too much for the nineteen-year-old to bear. That is until Tucker appears like a warrior knight from the darkness to save her.

Tucker and Gracie are two broken people who are immediately drawn together. But their relationship and even their very lives are threatened by Dex who will stop at nothing to get Gracie back.

If you like your trucks loud, your beer cold and your men hot...you'll love THE WILDE ONE.

My Thoughts
Tucker doesn't see himself as the knight-in-shining-armor type.  Scarred both physically and emotionally from war, he never thought he would find someone to love him and make him whole again.  This quote gives us some insight into his emotional state.  Throughout the book he is waiting for Gracie to get smart and run.

Email ThisBlogThis!Share to TwitterShare to FacebookShare to Pinterest
Labels: Memes, That's What HE Said