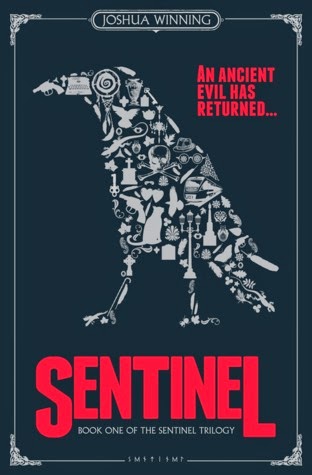 Who are the Sentinels? They’re everywhere, but you’ve never seen them. The Sentinels are the world’s best-kept secret, but that secret’s about to come out… Are you ready for it?​

A dark fantasy series set in Cambridge, Sentinel is the first installment in the thrilling Sentinel Trilogy, which takes place in a world that everybody knows, but few would recognize. Who are the Sentinels? Who is the mysterious godmother? And why is fifteen-year-old Nicholas Hallow able to sense things that others can’t? Filled with action and mystery, Sentinel takes the reader on a whirlwind adventure with unconventional heroes and a little bit of magic.


Add Sentinel to your Goodreads shelf

Q & A with Joshua Winning

Q:  Tell us a little bit about Nicholas.
A:  Nicholas hasn't got a clue. He's a teenager! Like most fledgling young adults, he's smart in some ways - I guess in sort of a bookish, 'Google knowledge' kind of way - but he's not had to face the realities of the world yet. Those realities come crashing down on him in Sentinel's first few chapters, and the rest of the book (and the trilogy) is about how he copes with that adjustment. How do you survive in a world that you don't understand? It's definitely a challenge.

Q:  What was your favorite scene to write?
A:  There's a huge confrontation scene towards the end of Sentinel that I really enjoyed writing, mostly because it's been two characters who have a history. And seeing as one of them is rather old, the stakes are really high. I probably wrote the entire scene in just an hour or two and barely had to edit it afterwards, it came out just as I wanted. That very rarely happens!

Q:  How long have you been writing, and when did you first consider yourself an author?
A:  I've been writing since I was really little. I'm not sure how old exactly, but I've always been excited about putting words on a page and seeing what sort of impact they have on the reader. Playing with language is a daily joy. I still feel uncomfortable with the word 'author', though - I feel like it's a title you have to earn. For me, 'author' means Charles Dickens, JK Rowling, Stephen King. Other people who are far cleverer and more talented than me. I guess technically, yes, I've written a book, so I am one of those, but I still don't feel worthy of the title. Maybe that will change.

Q:  How has your environment/upbringing colored your writing?
A:  Good question! I had a very stable upbringing in a loving family, but my mother died when I was 21 and everything was thrown into disarray. I definitely tapped into that with Sentinel, in which Nicholas feels very much alone and even abandoned by the ones he loves.

Q:  If you could be on one reality TV show, what would it be?
A:  Masterchef. That counts, right? Something that doesn't involve in-fighting, hierarchies and being under constant CCTV surveillance. Big Brother is my idea of hell. Who would ever sign up to that show?

Q:  What do you keep yourself busy with when you're not writing?
A:  I love playing squash and going to the gym - something that gets me away from the computer and means I categorically cannot start putting fingers to keys. Otherwise I'm a huge movie and TV buff. Netflix is a blessing and a curse - so many movies, so little time.

Q:  What is the best advice you have been given?
A:  I wish I could remember! I've got a terrible memory. I'd like to think all the bits of advice that I've been given over the years have been filed away in my brain and I'm living up to those peoples' expectations.

Q:  What book are you reading now?
A:  Wool by Hugh Howey. It's one of those inspirational self-publishing success stories. The author published himself through Amazon and then landed a big book deal. He's even sold the film rights, which is huge. I've enjoyed the first few chapters, so I'm looking forward to getting stuck into it this week. 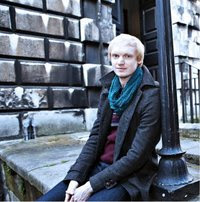 Joshua Winning was born in Cambridge, but don't hold that against him. He's attempted to escape reality for most of his life by writing. As a child, that involved poring diligently over anything by C.S. Lewis or Robin Jarvis.

When he's not writing about Sentinels, Joshua can usually be found watching Buffy The Vampire Slayer, The Wire and Daria. He also works as a freelance journalist, writing about movies for Total Film, Little White Lies and movieScope.

Joshua currently lives in North London with his cat Mia. Unfortunately, she's not a great conversationalist, but he's working on it.