Waiting on Wednesday #15: Shield of Winter by Nalini Singh 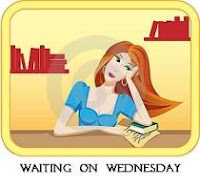 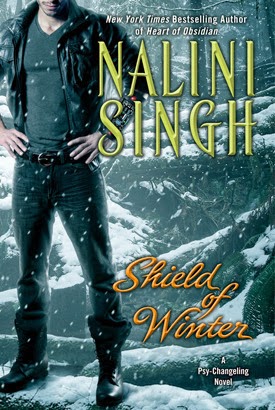 Assassin. Soldier. Arrow. That is who Vasic is, who he will always be. His soul drenched in blood, his conscience heavy with the weight of all he’s done, he exists in the shadows, far from the hope his people can almost touch—if only they do not first drown in the murderous insanity of a lethal contagion. To stop the wave of death, Vasic must complete the simplest and most difficult mission of his life.

For if the Psy race is to survive, the empaths must wake…

Having rebuilt her life after medical “treatment” that violated her mind and sought to stifle her abilities, Ivy should have run from the black-clad Arrow with eyes of winter frost. But Ivy Jane has never done what she should. Now, she'll fight for her people, and for this Arrow who stands as her living shield, yet believes he is beyond redemption. But as the world turns to screaming crimson, even Ivy’s fierce will may not be enough to save Vasic from the cold darkness…


My Thoughts
I've been buddy reading this series with a couple of friends, and it's been great.  I love the Changelings more than the Psy (who doesn't love warm, cuddly, incredibly sexy shapeshifters?!).  I am looking forward to this book, though, because even though it is going to be more Psy than Changeling, it is about VASIC!  He has most definitely turned out to be an interesting, albeit enigmatic, character.  I can't wait to learn more about him.


What's your "waiting on" pick this week?  Find out how you can participate HERE!
Posted by Sheri at 20:20