Shrine of the Desert Mage by Stephen Goldin

The threat of evil has become dangerously real in Parsina. The magic urn containing the demon Aeshma has been stolen. The urn must be recovered because he who frees Aeshma will have many demons to do his bidding. Only Jafar, the storyteller, Selima, his daughter, and Prince Ahmad, an exile, can save Parsina. They will set out on a mesmerizing quest where they will see enchanted beasts and types of magic never before seen. In this awe-inspiring adventure, they must battle the demons and restore order in Parsina. 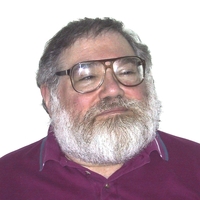 Check out Stephen's Goodread's profile to find out more about him and his other books.
You can buy Shrine of the Desert Mage here:
Amazon
Barnes & Noble
Smashwords