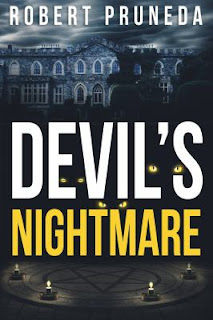 Veteran homicide detective Aaron Sanders thought he’d seen it all, but nothing could have prepared the seasoned detective for the mutilated remains of a kid’s parents or the equally vicious deaths of three boys at another crime scene.

As Aaron works to solve the cases and protect his only witness, an orphaned child, he learns of an ancient curse that leaves him questioning all he’s ever believed. Now, to save himself and the child, Aaron must confront his own inner demons, and some he never knew existed. But if he does, will he make it out alive?

Devil’s Nightmare is an occult suspense horror novel by Robert Pruneda, who shakes readers with his visually graphic scenes, supernatural twists, and disturbing settings in this first installment of the Devil’s Nightmare series. 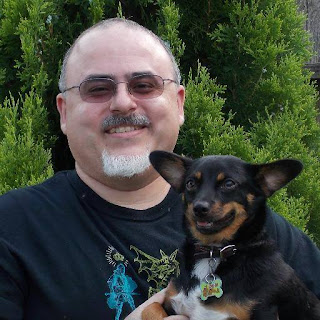 Robert “Sharky” Pruneda is a native Texan, video game “enthusiast” [addict], and fan of all things horror. He left a career in the newspaper industry in 2011 to pursue the life of a nocturnal author, brainstorming new and creative ways to creep out his readers. He doesn’t only write horror though.

He also pens the occasional family-oriented tale just to keep from going completely nuts with all those creatures of the night whispering in his ears. When he’s not pulling ideas out of his twisted brain, you’ll likely find him on social media or fighting alongside his fellow gaming buddies where they all get shot up into Swiss cheese (or turned into little bite-sized chunks because of “Sharky’s” obsession with explosives). Medic!

Pursue your dreams . . . and never look back.

Q & A with Robert Pruneda

1. Tell us a little bit about your main characters.
Aaron Sanders is the main character in Devil’s Nightmare. He’s a veteran homicide detective with the Austin Police Department and can be a bit of smart ass, but he’s also a professional. He’s divorced, never had any kids, and doesn’t particularly like working with a partner, but he’ll tolerate one if he absolutely has to. He meets a kid named Cody Sumner when investigating the brutal deaths of the kids’ parents in their home and three boys at a nearby cemetery. Cody is an only child (now an orphan), eleven years old, and Aaron’s only witness. He knows what killed his mother and stepfather, but he keeps quiet, fearing that no one will believe him. Aaron ends up finding out first-hand . . . and he has a hard time believing it himself.

2. Describe your ideal writing spot.
My ideal writing spot is a cabin in the mountains, hidden away from civilization, but since I live in south Texas, and the closest mountains are hundreds of miles away, my actual writing spot isn’t quite as exciting. I write in my bedroom, seated in a comfortable worn leather chair that a friend of mine gave me several years ago (he died a couple of years ago). I usually have my feet propped up on my bed with my notebook computer resting on my lap. Sometimes, I’ll even hook the computer up to my 55-inch television because there’s nothing like writing a novel on a big screen. J I also have a bird feeder set up just outside my window, so I can enjoy watching the blue jays, cardinals, sparrows, doves and squirrels fight over the birdseed while I’m juggling words in my mind. For some reason, when I’m dealing with writer’s block, Chevy Chase and Funny Farm come to mind.

3. Who designed the covers for your book and what was that process like for you as the author?
A very talented woman by the name of Laura Hidalgo gets full credit for the cover. This is actually the third cover for Devil’s Nightmare. I originally self-published the book in January of 2013 and designed a cover myself, which also looked terrible. It didn’t take long before I paid a professional to redesign the cover, but as great a job he did, it still didn’t quite grasp the true essence of the story. Earlier this year, I signed with hybrid publisher Booktrope to relaunch Devil’s Nightmare under their Forsaken horror imprint. That’s where I teamed up with Laura. She read the book first, and without any input from me, put together a concept based on what she felt best represented the novel. I’m not exaggerating when I say it was perfect. She nailed it! Not only did it look great in general (and as a thumbnail image), but she was able to capture three important elements to the story: Saint Hedwig Youth Home, the pentacle from a specific scene in the novel, and the three sets of eyes within the title. I even rewrote one scene in the story to match the cover, because I loved it so much. She did a phenomenal job.

4. How do you keep busy when you're not writing?
I’m very active on social media, so you’ll find me on Twitter and Facebook throughout the day socializing with friends, readers, and fellow authors. Networking with others in the industry is integral for me as author. Not only have I met some amazing people in the writing community, but I have also built close friendships with many of them. Some of them even hang out with me on the virtual battlefields online when I kick back to relax on my PlayStation 4. I’m an avid gamer, have been since I was a little kid, so I spend a lot of time playing video games when I’m away from the manuscript. My author friends often tease me that I should be writing, not gaming. The first step to recovery is admitting I have an addiction. :)

5. Which do you prefer: hard/paperbacks or ebooks?
That’s a tough one for me. It’s hard to choose one over the other, because I enjoy both equally. I love the convenience of eBooks, but I prefer owning physical copies for my personal library. I’ve also recently discovered audio books. I was pleasantly surprised that I like that format too after listening to Under the Dome by Stephen King via Audible. If I did have to choose one over the other, though, I’d have to say print, because I just love the smell and texture of a physical book. I sometimes post on Twitter that I think my book is broken, because I keep tapping the side of the page, but it just won’t turn.

6. What book are you reading now?
I’m reading Mr. Mercedes by Stephen King and The Adventures of Huckleberry Finn by Mark Twain. Stephen King is my favorite author and I recently added Mark Twain to my physical collection of classic literature. I’d also like to add that I’m reading both novels in print. Stephen King is also the author that inspired me to pursue my dream of writing and publishing novels. His book On Writing had a lot to do with that. I highly recommend reading it if you are an aspiring author. 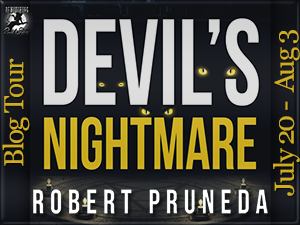