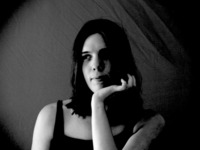 Interview today with author J.R. Barker!
Look for J.R.'s book, The Adventures of the Frog Prince, today in Read It & Reap! 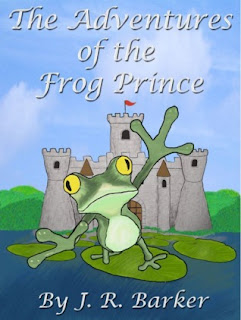 The Prince had problems; he was stranded in a moat and was trying to come to terms with being small, green and surprisingly springy.
Now not only must he battle to control his new body, which is frequently prone to malfunction, but he must also avoid being eaten by things that are bigger than him as he tries to find his way back to the castle to find out who wants him out of the way and why.
Will he discover the culprit?
Will he ever be human again?
And, if all else fails, will he still be able to choose his Princess?
Find out in this captivating story, suitable for children of all ages.

Thank you for stopping by our blog J.R.!  When did you first consider yourself an author?
I’m still not sure that I really consider myself an author. I don’t think I will until I have a few more books under my belt. Until then I consider myself as an apprentice to authorship. But technically I suppose author is defined as someone who has works completed and published, so I became an author the day my book was published.

How did you decide on the character names?
Names just pop into my head, some exist, some made up, but they have to suit the character. I never write a name then create a character to fit and sometimes a character has to earn their name.

How long does it take you to write a book, from start to finish?
It can take a while. I suppose I can commit to an answer of a few months, give or take.
I will often write an overview of sorts, then walk away from it for a while. When I come back to it I write the first draft, then go through it adding and tweaking bits, almost like an oil painting.
Sometimes it helps to just walk away from something, my brain seems to write it for me without my noticing. I’m starting to wonder what else my brain gets up to when I’m not looking.

What was your main source of inspiration for the story?
The Adventures of the Frog Prince started a few years ago with a concept, “what would the princess and the frog story look like from the point of view of the frog?”
I wrote a short piece and a few years later my partner stumbled across it and told me that I should develop the idea, so I did.
I think my inspiration in general is obscurity.
I like to include little pieces of history or obscure folklore to make the story seem much more tangible.

What was the hardest part of writing your book?
Letting it go, I was really nervous (and still am) about how it would be received. I don’t like to put myself in the limelight, so putting something of mine out there for the world to see was very difficult for me.

What does your family think of your writing?
They are very supportive of it and will happily read my latest offerings. My other half has been especially invaluable as a sounding board.

Do you have any hidden talents?
Well, not so much hidden as buried.
My other half says I can sing but I’m not convinced. I’m certainly not about to start auditioning for Xfactor.

What book are you reading now?
A tale of two cities by Charles Dickens. Unfortunately I seem to have run out of reading time recently so I have stalled, but I have to say that I love it so far and can’t wait to get back into it.
I have also started a free kindle read called Mancode Exposed. I have never read a “chick book” before and was curious. I have to say it’s not really my thing. I would recommend it for people whose thing it is.

Can you share a little of your current work with us?
I have two things in the air at the moment. One is a fantasy novel, the other is another children’s book. I shall keep them shrouded in mystery a little while longer, I don’t quite have all the little details hammered out and would hate to lie to you.

What were your feelings when you first saw the finished product of your first book?
I can only describe it as a warm glow. I was grinning for ear to ear for days, although I didn’t quite believe that it was my work. I still look at it from time to time and wonder who wrote it. Perhaps it was my alter ego.

Who designs the covers for your books?
At the moment I do. One day I hope to have someone better create one for me, but, for the moment, I’m it.