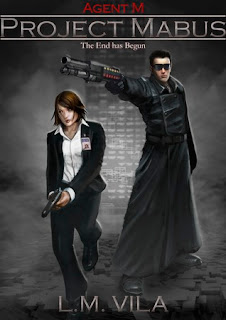 The end has begun! Through the might of science, the third antichrist predicted by Nostradamus has arrived. The frustrations of the Cold War inspired a secret government project to create the ultimate human soldier. One that is stronger, smarter, quicker, and able to sustain the harsh weather conditions of the Soviet Union battlefront. Initial attempts failed miserably. Agent M, a drug that would mutate human physiology was deemed too dangerous for field use. This motivated the architect, Dr. Donald Viseman, to develop a new synthetic embryo that would breed new soldiers in lieu of modifying old ones. He succeeded and Project Mabus was born.

Once the war ended, the project was forcefully terminated with the child presumed terminated. Two decades later, he resurfaced as an enforcer for America’s old nemesis. The most powerful being in existence seeks vengeance against those who wronged him, starting with this great nation.

Meryl Lewis has quit her tenure at the LAPD making her the smart, tough, and impulsive new member of the Federal Bureau of Investigation. Her extensive skills and abilities has paired her with the bureau’s top agent and former best friend Michael Madison, the man responsible for taking down the FBI’s Most Wanted Fugitives single-handedly. In his latest assignment, Michael has become the target for assassination. The rising pharmaceutical company under investigation has somehow obtained the lost Agent M formula, modified it, and built their empire upon it. They will utilize all of the resources available to protect themselves from Michael’s legendary notoriety. Even if it means hiring the ultimate solider.

Agent M: Project Mabus is the beginning of this science fiction crime-thriller series counting down to the prophesied end of days. Meryl and Michael reunite in this fast-paced, action oriented thrill ride, tracking down the people trying to kill them and leading into the suspenseful final confrontation with the forgotten child destined to destroy the world.

The moral implications of science versus religion and their constant struggle to dominate the hearts and minds of society will be tested. Readers won’t want to miss the flagship story of The Agent M Series. The countdown to devastation has begun and the end starts here.
Find out more about the author on Goodreads.
By Shut Up And Read - March 06, 2012