Q & A with Christina Weigand 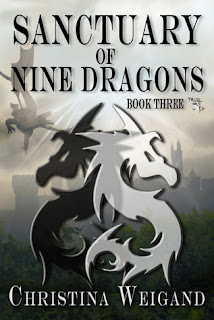 Joachim banishes Brandan to prison island of Hyogo. His infant son, Prince Airyn disappears from his cradle. A chain of events is set in motion that will pit brother against brother, friend against friend, parents against children as Brandan and Joachim struggle for control of their sanity and their very lives.

With Brandan declared dead and his son missing Joachim sinks into despair and anger, where those close to him fear he may never return.

Is Brandan really dead and if he is, who is manipulating the Mantion and enemies of Crato? 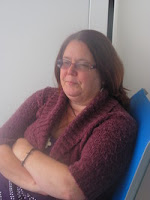 Christina Weigand’s a writer, wife, and mother of three grown children and a middle school daughter. She is also Nana to three granddaughters. She lives with her husband and youngest daughter in Pennsylvania, returning there after a short sabbatical in Washington. Currently, she’s working on fantasy novels and inspirational writing. Through her writing, she strives to share the Word of God and help people young and old to realize the love and mercy He has for everyone.


When she’s not writing, she’s active in her local Church as a, Bible Study, , volunteering at her daughter’s school helping the children develop a love for reading and writing. Jesus fills her home with love as she shares Him through her writing.


Q & A with Christina Weigand

Tell us a little bit about your main characters.
King Brandan: King Brandan returns to the Palace of the Twelve Pillars even more cocky and sure of his place than when he disappeared. He makes some bold, selfish moves that will get him banished from the palace. We see even more of his disdain for his brother and wife.

As he travels on the prison ship the beginnings of a different perspective begin to emerge in his field of vision, but when his ship is wrecked and he is presumed dead Sidramah is able to fully infiltrate his person and a Brandan who is wholly evil emerges. He is worse than Waldrom he makes Waldrom look like a nice person as he ravages the lands starting with the Mantion, leaving a trail of death and destruction in his wake.

King Joachim: The kidnapping of his infant son and the disappearance of his brother finally pushes Joachim over the edge. As he sinks into despair he rejects Asha and his family. He embarks on a journey to find his son in spite of the odds against a successful journey.

He rejects Asha and his family swearing that he can and will do it on his own, leaving Maeve to rule the country.

Who designs the covers for your books and what is that process like for you as an author?
My publisher MuseItUp has cover designers working for them. Charlotte Volnek was the wonderful artist that designed the cover for Sanctuary of Nine Dragons. She stepped in when the artist of the first two books left the company and did a wonderful job of matching the cover to the first two books in the series.  Shortly after I signed the contract I received a Cover Art form and an Author Info sheet. With these two pages the publisher and artist were able to create a cover for the book. Once it was designed then it was sent to me to approve or make suggestions for changes. I was amazed at how well the artists were able to capture the essence of the story without actually reading the book.

Describe your ideal writing spot.
That’s a hard one to nail down. A few times I have been fortunate enough to go on a writer’s retreat. While there the writer’s stayed in cabins in the woods and when writing we had the choice to write outside in nature or inside one of the many buildings that were on the properties.  I love to write outdoors in the woods or in a park and unfortunately don’t get to do it very often, so I settle for my Dragon’s Lair or if I’m lucky a nearby Starbucks or library.

What is the best advice you have been given?
Read and Keep Writing.

As a child, what did you want to be when you grew up?
I started out wanting to be a nurse, but after seeing the movie Jaws and having nightmares I decided that it wasn’t for me. My next idea was a journalist. I always enjoyed writing and thought that it would be a good fit for me.

Which do you prefer: hard/paperbacks or ebooks?
I really have no preference and will read either one depending on what is available.

If you could have any supernatural power, what would you choose and why?

Teleporting and Reading minds. So I could get to another place quickly and so I could know what someone is really thinking.

What book are you reading now?
Ben-Hur by Lew Wallace, Shivers by Heather Beck and Angels and Patriots  by Salina Baker.