Q & A with Jessica McCrory 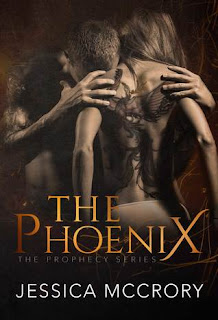 The Phoenix
Prophecy #1
by Jessica McCrory

Life has brought very little joy to Anastasia Carter. Raised in an abusive household has left her with many scars, both physical and mental and the only thing that brought her peace, was knowing that the time was coming when she would be able to finally escape from the horrors that hid behind closed doors.


She never could have imagined that her escape would come at the hands of a sorcerer who saved her from a certain death, or that she would have to give up her best friend and first love.

When the sorcerer whisks her away to another world, she is shocked to discover that not only is magic real, but she was prophesized long before to be the one who could end the darkness that was being spread by a sorcerer bent on ruling all the worlds. She transforms form a victim into a warrior, and dives headlong into a war that had been raging years before she arrived.

Now, ten years after disappearing from Seattle, she returns on the heels of her enemy, only to run into the boy who had lived next door to her throughout her entire childhood, only he isn’t a boy anymore. As he joins her in the fight to save both their worlds, Anastasia has to decide whether she believes giving in to her love for Dakota would be an unaffordable distraction, or her greatest strength. 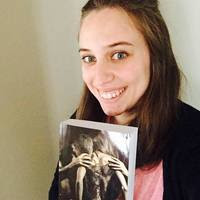 I was born in California and moved to Texas with my family when I was a teenager.  I have always been an avid reader and have been writing stories since I was a kid! It has always been a dream of mine to have my stories published and it is beyond exciting to see that dream coming true!

I am a wine (red!!) lover and I love T-shirts (the kind with the hilarious sayings on them).  I have an amazing husband who is more supportive than I could have ever hoped for, two sweet kiddos (who keep my life wonderfully eventful), a dog, and a rabbit.

Growing up, reading was my way to escape reality whether it was good or bad at the time and I want my stories to offer readers the same kind of adventure I have sought out in between the covers of a book.

Q & A with Jessica McCrory

Hi! Thank you so much for having me here!  So a little about myself, I spent seven years in the Texas Army National Guard until I was medically retired following a training injury.  I have been happily married for going on seven years and we have two wonderful kiddos together.  I am also a lover of red wine and all things Captain America. LOL.

You've written two books so far, The Phoenix: The Prophecy Series, being your most recent one. How many books do you plan on having in this series? Is it an on-going series? Considered standalones?

The Prophecy Series will consist of three books: The Phoenix, The Fighter (which will be available middle of this year) and a third, which does not have a title yet.

I am currently working on two standalone books, one of which will contain three separate novelettes, a prequel to my first book, Tethered Souls, and I plan on releasing five books this year! Crazy goal I know, haha.

Do you have a favorite character? Any of your characters based off anyone you know?

I think Anastasia is my favorite character, she has been through so much in her life and she still comes out on the other side stronger then she was before. Her strength and determination are endless.

The character Carmen, who is introduced towards the end of The Phoenix is based off of my Grandmother Carmen McGinley.  She was the one who showed me a love of books and pushed me to publish.  She passed away in 2015 before Tethered Souls had been released.

I love your title, The Phoenix, which reminds me of the mythical bird. Does the title have any important significance? If so, can you tell us without ruining any secrets from the story?

Thank you! The Phoenix is a symbol of a rebirth of sorts and that’s what Anastasia experiences in a way.
The symbol of that means a lot to me and I believe most of us can apply it in someway to our lives.  Everyone goes through things and I believe that it’s how you come out on the other side that defines you, not the action or event itself.

Where does your inspiration come from, especially having a passion for fantasy or anything paranormal?

I love all things magic- I think it’s fascinating and although one of the books I am currently working on isn’t fantasy based, I believe its something I will stick with for the majority of my writing.

As a teenager, books are what I disappeared into in order to escape real life and with magic, anything is possible. :)

You've been writing since you were a teenager. Do you have any favorite stories hidden in a drawer that you plan on dusting off?

Haha, how did you know?! I recently pulled out a rough draft I wrote my senior year of high school, it’s one of the books I’m planning on releasing this year! Admittedly with more adult content then the original. :)

Do you have anyone who influenced you to a writing career? Family? Another author? A personal choice?

My Grandmother definitely pushed me in the direction of publishing.  She would read every story I wrote and give me honest feedback and helped to shape the way I wrote.

What has been your favorite part about being an indie author? Highs? Lows?

I love the community that you are introduced to as an indie author, the other authors have all been so supportive and one in particular has helped me out a ton with figuring out how to take that first step.

I am so incredibly grateful for the opportunity to share my stories with everyone! It has been a dream of mine since I was young and the fact that I can see it shaping and coming true in front of me is such a gift!  I definitely couldn’t do it without the support of my husband, Nathan, or without my best friend Tarynbeth who is the most awesome person/editor/idea bouncer I could ever ask for!!