Q & A with Gayvin Powers 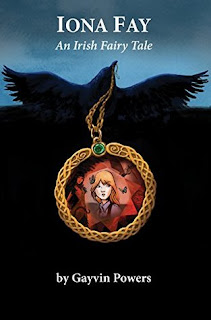 A modern Irish fairy tale. Iona Fay, a realistic 13-year-old from the United States, searches for her missing mother in Ireland, only to discover her mother is lost to the Fairy World. To find her mother, she must forget everything she knows about reality and embrace a world of magic. For Iona, real magic begins with believing in herself.

The Adventures of Iona Fay books are filled with positive and empowering stories, written to inspire self-confidence in middle graders. Throughout the series, young readers go on epic Irish adventures to various fairy realms where Iona discovers more than she imagines about magic, family, friends, and herself. 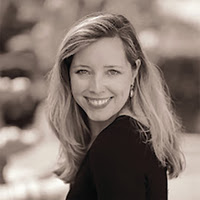 Gayvin Powers is a writer-in-residence at the Weymouth Center and teaches film and humanities at Sandhills Community College in North Carolina. After earning an MFA from the American Film Institute and BA from the University of Southern California, she was the first writer to win the Ojai Film Society Award. Iona Fay, a modern Irish fairy tale, is the first book in the Iona Fay series and Iona Fay & The Fire Keepers is being released in early 2017. For more information, go to: Gayvin Powers.com and IonaFay.com.

Q & A with Gayvin Powers

Tell us a little bit about your main characters.
The main character is Iona Fay, a realistic 13-year-old from the United States, who is searching for her missing mother in Ireland. In order to save her mother, she must embrace a world of magic and learns that real magic begins with believing in herself. Iona is an impulsive teenager who goes after what she wants while on her epic journey. In some cases, her impulsiveness works well for her, and in other situations it appears to be her down fall. Iona is a flawed character, she loves deeply, and, over the course of the series (five books planned), she learns to embrace her positive and challenging qualities while righting what is wrong with magic and the fairy world.

Who designs the covers for your books and what is that process like for you as an author?
Su Jen Buchheim, an illustrator from Los Angeles, is the amazing talent behind the drawings in the first two books of Iona Fay. I give her excerpts from the book and asked her to use for tone, style, setting, and image. Sometimes I send her my own sketches or photos of what I’m envisioning to help clarify what I’m trying to convey. Su Jen is a dream to work with.

Describe your ideal writing spot.
My ideal writing spot is any place in nature where I’m comfortable, cozied up with a blanket and am writing on my laptop. Since nature can’t always be ordered up, I’ll take a blanket, warm spot, and turn on some music to inspire writing. I choose a theme song for each book or script I write – it usually helps me bypass writer’s block.

What is the best advice you have been given?
Write. Just write. When you don’t know what to do, write.

As a child, what did you want to be when you grew up?
I wanted to be a writer or an actress. Now that I’m older, if I couldn’t be a writer, I’d want to be an astronaut -- would be very cool.

Which do you prefer: hard/paperbacks or ebooks?
I prefer paperback books. I like the feel of the pages in my fingers and to fold back the book as I hunker down into a couch while I’m reading a good part of the story. For me, it’s paperbacks all the way.

If you could have any supernatural power, what would you choose and why?
I do have a super power. If I told you, I’d have to erase your mind with my…well, you know. Ssh!

What book are you reading now?
My mother used to be reading three books at a time; I seem to have gotten that trait from her. Currently, I’m reading Sense & Sensibility & Sea Monsters, Heart of the Sea (from The Gallagher of Ardmore trilogy by Nora Roberts, and the outline for my third book (getting ready to start writing any day now). I’m very excited!