Q & A with Jack King 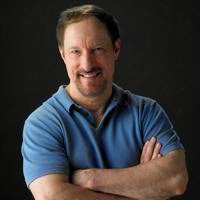 Born in Tennessee to a military family, Jack King grew up crisscrossing the USA, twice living on the west and east coasts, and several states in between. Upon obtaining graduate degrees in both business and history, Mr. King began a successful sales and marketing career, working for Fortune 500, mid-sized, and start-up firms along the way.

After years of moving place to place, King settled in Plano, Texas where he lives with his wife and six dachshunds: parents Barney & Truffles, and their puppies Streak, Cherry, Princess, and Boy Dog.

Mr. King writes novels for young adults as well as for grown-ups.

Q & A with Jack King

Q:  Tell us a little bit about your main characters.
In Quest For The Middle Kingdom, our hero David Adam MacDougall is a lot like Tim Tebow: He's handsome, ruggedly built, very athletic, religious, and determined to remain pure for marriage. The story begins with his birth in the Highlands of Scotland in 1882. He feels called to be a missionary to China during his freshman year at the university, but loses his long-time fiance by that decision. Broken-hearted, he leaves for China immediately after graduation, encountering great temptation by several beautiful determined ladies, as well as pitched life-and-death battles with pirates, then bandits, during the long hard voyage. But his quest has only begun!

In Time Rider Wildertrek, our young hero TJ Cockrell lives with his overly busy professor-dad in Knoxville TN. He's just turned 14. He has an unhappy life both at home and school -- beset by bullies, mean girls, dour teachers, few friends, barely passing grades (though he's a bright boy), divorced parents, and separation from his beloved little sister Natalie, his only close confidant but who now lives in Atlanta with their mom. Alone one evening while his dad is working late (again) at the university, TJ unknowingly discovers something that thrusts him back in time to a wild, dangerous place. And changes his life forever!

Q:  Who designs the covers for your books and what is that process like for you as an author?
My publisher Charles River Press does the covers. CRP has a gifted design artist Rick Turylo (several others, too) and a top-flight, market savvy Chief Editor who work in tandem with my author feedback to create just the right image and effect.

Q:  Describe your ideal writing spot.
I have a nice office set up in the den in our house with large desk, a comfy couch, and fireplace where I do all my writing, often until the wee hours of the morning (though I have a full time day job). Interestingly, much of my best thinking and writer's problem-solving occurs right after I lay my head on the pillow at night to sleep! My brain seems to whirl and spin, solving writer block, dialogue, subplot, or story flow issues. I keep a pad and pen handy to jot down ideas.

Q:  What is the best advice you have been given?
Show the reader, don't tell them.

Q:  As a child, what did you want to be when you grew up?
Professor or lawyer.

Q:  Which do you prefer: hard/paperbacks or ebooks?
I like both. It took me a while to acclimate to Kindle size/readability, but now I can do either.

Q:  If you could be any paranormal creature, what would you choose to be and why?
Superhero having superhuman strength as well as special powers and magical abilities. I want it all.

Q:  What book are you reading now?
I'm going back and rereading Moveable Feast by Hemingway. 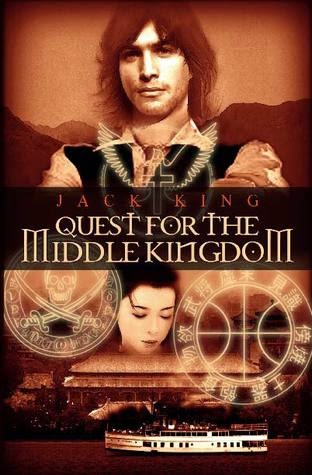 Quest for the Middle Kingdom
by Jack King

Four years after the bloody Boxer Rebellion of 1900, the wounded lands of China had grown resentful of all things Western. Known as 'The Middle Kingdom' to the Chinese people, their capital city was no place for a lone Scotsman. David was born and raised in the Scottish Highlands where he spends his days enjoying his family, the affections of his true love, Rose, and having an after-dinner drink with friends. Life is good in the brisk-green hillsides of David's beloved Scotland. But David's life takes a sharp turn when he discovers his fiancee sleeping with a relative, leaving David brokenhearted and anxious to follow a recent vision compelling him to the exotic and faraway country known as The Middle Kingdom where the answers to his questions lie. David sets out on an arduous voyage over land and sea in his search for closure. His aching-heart is the least of his trials when his journey becomes a dangerous quest, encountering pirates, bandits, and a bevy of lusty ladies with questionable motives. Fighting to keep body and soul intact so that he may realize his predestined purpose, David struggles to reach The Middle Kingdom, or die in the trying. 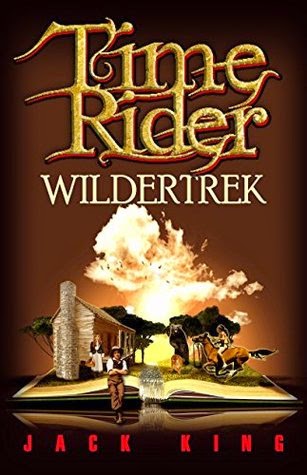 TJ's an ordinary fourteen year old kid with extraordinary problems at home and school. He has a broken family from his parents' bitter divorce. He faces evil bullies attacking him almost every afternoon, failing grades when he's really a smart kid, boring classes, snobby girls, mean teachers, being cut from basketball tryouts, and few friends. Yes, life is rough for TJ Cockrell. Then a mysterious green book inexplicably throws TJ into the past. And not just any past, but the untamed forbidding forests of 1802 eastern Tennessee, with savage Indians, wild beasts, bloodthirsty robbers, backwoods ruffians, strange characters galore, and rugged log cabin living. Yup, it's definitely not present day Knoxville Tennessee anymore. TJ thought his present life was bad news, but his adventures have just begun. Along the way, he fights off killer beasts, bandits and braves, meets the cocky teenaged David Crockett, gains a world of assurance in himself, finds his first real love, and is befriended by a fantastic frontier family who really has it together. TJ returns to the present a changed young man; emboldened, forthright, and shrewd. He'll need all of his new-found strengths to fend off killer burglars loose in his house, outwit the school bully, charm a pretty new transfer-student, and most intriguing of all, delve into the mysteries of the magical green book...