Q & A with Author Charlena Miller 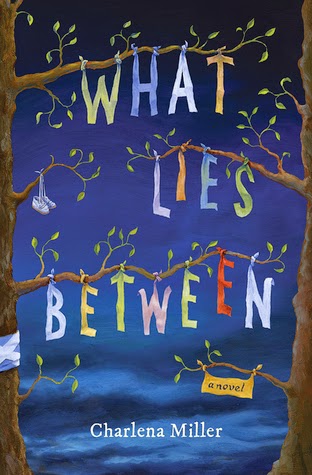 What Lies Between
by Charlena Miller

Set in modern-day Scotland and laced with adventure, romance, and hope, What Lies Between reminds us that love and belonging are often discovered in the most unexpected places.

Trust has never come easily to Ellie Jameson. A broken past taught her that self-reliance is the only option—no one sticks around for the long haul. When a fateful letter arrives with news of an unexpected inheritance, she sees a silver lining in the tragedy that seems to follow her. Anxious to leave American city life for the rugged Scottish Highlands, she sets off to claim her fate in a whirlwind of determination. Captivated by the land of stunning lochs, fiery whisky, and a particularly charming Highland local, it seems things may finally be turning around...

But nothing could have prepared Ellie for what awaits at the Glenbroch estate, where she soon discovers very little is as it seems. The rugged, romantic Highlands harbor old secrets and vengeful enemies, entangling her in a web of lies and betrayal. As the line between ally and enemy blurs, Ellie is in danger of forfeiting her inheritance—as well as her heart.

After working in marketing, I took a creative sabbatical, departing with a one-way plane ticket, traveling solo, no itinerary. Much of the time was spent on foot or in the saddle of a mountain bike discovering the tucked away locations I integrate into my stories.

My debut novel, What Lies Between, is set in the Highlands of Scotland, a land that stole my heart and refused to give it back. After living there for some time and eventually having to return to the States, I really had no choice but to write a tale set in the land of legends, lochs, glens. Most of the places in the book are real or are based on locations I spent time in. I hope you enjoy Ellie’s Scotland adventure as much as I did researching and writing it.

To go behind-the-scenes of my writing journey, visit www.charlenamiller.com and sign up for news and exclusive content.


Q & A with Charlena Miller

Q: Tell us a little bit about your main characters.
Ellie Jameson is an American sales executive who has a broken past. She was adopted at birth by a childless couple who were killed in an accident when she was five. She spent the rest of her childhood in numerous foster homes. These experiences created a fierce independence in her and a distrust, as well as a nomadic sense—a lack of roots. As the book opens a significant event occurs that changes the direction of her life. She is suddenly at a crossroad where she has to decide if she’ll risk everything she’s worked hard to create for a chance at a new start.

Q: Who designs the covers for your books and what is that process like for you as an author?
Art Director Darryl Brown designed the cover for What Lies Between. I provided a creative brief. He reviewed and then we discussed and he proceeded to creative concepts. We discussed and refined one of the concepts and he took that concept to the final cover after a bit more discussion and fine-tuning. I’m very detail-oriented when it comes to creative and he was able to produce a striking, original cover with keen attention to detail.

Q: Describe your ideal writing spot.
A chaise lounge near a sunny window in my house, and my notepad when I’m writing longhand or my laptop perched on a padded portable writing desk. I don’t own an office chair.

Q: What is the best advice you have been given?
Don’t talk. Do. Do what you say matters to you, find a way, or stop talking about it.

Q: As a child, what did you want to be when you grew up?
So many things. I was the kid who for the county fair entered show rabbits I’d raised, judged eggs and chickens, entered leather tooling, photography, pie baking, sewing. I wrote music, poems, stories, played sports. I would have liked to have been a professional basketball player but I kept being told I should be a writer. Writing is something I wake up every day and do. When I write things out on a page, especially when it’s just for me, thoughts sort themselves out and I can see things more clearly.

Q: Which do you prefer: hard/paperbacks or ebooks?
Paperbacks. I like the feel of the book in my hand and the lighter weight and smaller size than a hardcover.

Q: If you could be any paranormal creature, what would you choose to be and why?
I’m not sure if Wonder Woman qualifies as paranormal, but she pretty much rocks. Powerful, wise, loyal, fierce, and kicks bad-guy butt like no one else.

Q: What book are you reading now?
I’m trying to finish some books I’ve had for awhile and haven’t gotten to yet, and then start on newer books. Currently, I’m reading Three Cups of Tea by Greg Mortenson and David Oliver Relin.