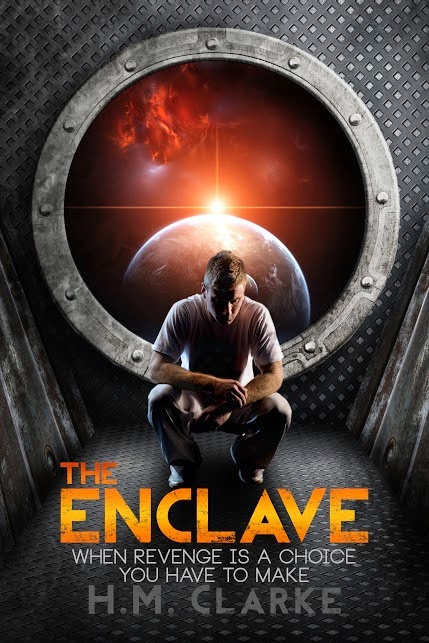 Katherine Kirk lived only for vengeance.

Vengeance against the man who destroyed her home, her family and her life.

Sent on a babysitting mission to Junter 3, RAN officer Katherine Kirk, finds herself quickly embroiled in the politics between the New Holland Government and the Val Myran refugees claiming asylum.

After an Alliance attack Kirk and her team hunt the enemy down and discover that they have finally found the lair of the man they have been searching for...

And the captive who has been waiting patiently for rescue.

"What would you do to the man who destroyed every important person in your life?"

The Enclave is a story of Vengeance with a Capital V!

But on a more serious note.

This book was written a decade ago when there was the uproar in Australia about refugees coming into Australia illegally via boat to gain asylum status and how this sensitive issue was twisted to suit political election needs at the time by both major parties.

Because of this I decided to put the issues of refugees as a background story into the Science Fiction manuscript I was writing at the time. And I think my MS benefited greatly from the addition.

Even thought this story was originally written in 2004, this issue is still a burning topic in Australia, and in most other parts of the world, today. I do not consider myself a refugee advocate, but I do believe in people's (and children's) fundamental human right to be treated as a person and not a criminal. 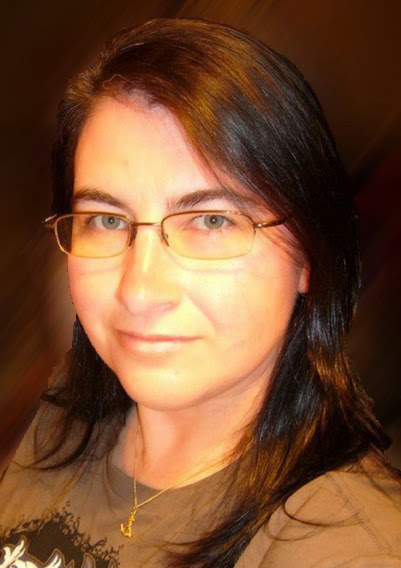 In a former life, H M Clarke has been a Console Operator, an ICT Project Manager, Public Servant, Paper Shuffler and an Accountant (the last being the most exciting.)

She attended Flinders University in Adelaide, South Australia, where she studied for a Bachelor of Science (Chem), and also picked up a Diploma in Project Management while working for the South Australian Department of Justice.

In her spare time, she likes to lay on the couch and watch TV, garden, draw, read, and tell ALL her family what wonderful human beings they are.

She keeps threatening to go out and get a real job (Cheesecake Test Taster sounds good) and intends to retire somewhere warm and dry - like the middle of the Simpson Desert. For the time being however, she lives in Ohio and dreams about being warm...

She is also a bit of a video game nerd and, is into Star Trek, Midsomer Murders and Harry Potter, and she absolutely adores the TV show Almost Human.

Gunfire flew from the cars behind and Katherine turned tail and leapt up the stairs. Joshua was crouched waiting at the top of the last tier and had managed to get hold of a pistol. Around them the NHSIO security from the front foyer was now positioned around the portico columns and returning fire to the attackers below. The defenders controlled the high ground and the people in those cars had no hope of getting them now.

So why were they still attacking?

Katherine dragged Josh away from the stairs back into the foyer as more security personnel streamed passed them. No one spared them much of a glance but Katherine did not care. Something was not right. Inexperience (or stupidity), would be the only reason someone would even consider committing to a frontal assault on Federation House. The place was just too well protected.

“Are they Alliance Katherine?” Josh asked as she checked the magazine on her pistol. Thirty HC rounds remaining. Hopefully it would do.

“The Alliance isn’t this stupid,” she shouted over the sound of fresh gunfire. But I would bet a year’s pay that they are involved somehow. “Whoever they are; I think we should retreat back to my brother’s office. At least I can guarantee that we’ll be well defended there if anything untoward happens.”

Joshua nodded. Katherine then noted the ease with which he held his weapon. “You’ve had weapons training?”

“I served with the Alliance Infantry. Every citizen owes three years service.”

Katherine nodded impressed. Leading families were known for finding loopholes to stop their members from meeting their obligations. Nice to see the Val Myrans did not use it. “Then you can cover my back.”

Both entered the stairwell at a run; taking the lifts would have been risky if the power went; and climbed several flights before Katherine was sure they were on the right floor. As they climbed Katherine open a comm link to the Adelaide.

Adelaide do you read me?” no one answered her and Katherine repeated herself another three times. “Come on damn you – somebody talk to me!” she half shouted as they reached the landing she wanted.

'Skipper?' A burst of static broke over the comm unit.

“Sue, is that you?” Abruptly the static disappeared and the musical voice of Susan Mayer came over the wire.

“Sue, is Steve on the bridge?” Katherine cut across her.

There was a click and then Steven Tran’s voice came over the link.

“Steve, I want you and two squads to suit up and get your arses over to Federation House ASAP. We are under heavy fire and I think the idiots outside will break off if they see some extra persuasion coming up behind them.”

There was a pause and then, 'Yes Ma’am,' and the link went silent as Steve cut his connection. “Sue, has Tom returned to the ship?” Katherine asked hoping for an affirmative but knowing that not enough time had gone by since he had left from lunch.

'Katherine?' A new voice cut into the line.

“Richard? I thought you were taking shore leave – it doesn’t matter. We’ve got an incident here and I’m afraid that it might splash over to the Adelaide. Steve is bringing two squads here to me and I want whatever personnel remaining on board to protect the ship and the port in that order.”

'How bad is it Kath?' Richard asked.

“Ask me again in another hour, I might have an answer by then.” She cut the connection and turned to Joshua. She may be overreacting but there was something in her gut telling her that she was right. But first they both had to get back to John’s office.

“Ready.” Joshua’s voice was firm and there was a look in his eyes that Katherine recognized, she had seen it enough times in her own crew when the situation was tight.

She palmed the stairwell door open and checked that the corridor was clear, then she and Joshua came out, pistols raised to line of sight. They moved down the empty corridors seeing nothing out of place except for the obvious signs of a hurried evacuation of office personnel.

“They wouldn’t be able to penetrate this far into the building?” Joshua flexed his fingers over the grip on his handgun.

“Not from the frontal assault, but I have a bad feel-”
Katherine stopped speaking as the sounds of gunfire echoed down the corridor ahead of them.