Vampires Romance to Rippers an Anthology of Tasty Stories 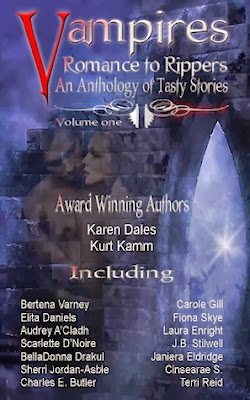 Vampires Romance to Rippers an Anthology of Tasty Stories

Vampires! Sixteen authors give you a glimpse into the dark worlds of lost love, murderous rage, and undeniable sex appeal where deadly quests and blood lust spanning centuries of time reign supreme. Explore some of the most unique vampires to exist on this side of the grave.

Essays, excerpts, and short stories from award winning authors Karen Dales, Kurt Kamm, Bertena Varney and more. They will entertain you, thrill you, and bewilder you as they reveal the dark secrets of the most beloved creatures of the night, including eleven times bestselling author Terri Reid, creator of the Mary O’Reilly Series.

So, which will it be: the romantic vampire, the revenant vampire, the elemental, the fanged vampire, or the mythological female vampire? Begin reading and find out!


Buy it now on Amazon!


1. My book, The Fourth Bride, is the book the short story and excerpt refer to that are in the Anthology.

Even though the novel is the fourth book in The Blackstone Vampires Series, it can really be read as a stand-alone. As for the count, I was committed to getting Dracula right. I mean exactly. I studied Bram Stoker’s Dracula (novel) like it meant my life.

2. In reading the novel, I learned first of all that Dracula studied the black arts at a school in Transylvania; the Scholomance Academy. I have written of a very famous patron of that school which was a lot of fun.

3. By the way, there is no mention of Dracula’s ‘brides’ in the novel by Stoker, the term ‘brides’ appears in film versions of Dracula. I call them brides in my novel, however. They are by the way, referred to as sisters by Stoker.

5. Sometimes we forget just how unique Dracula is. Stoker has depicted his famous character as having tremendous occult powers. He is a master of mind control. He can control the weather (also in Stoker’s novel). He can also alter the perception of how he looks. This he does, and that is why Dia (his new bride) first thinks he is horrible looking but then finds him handsome!

Finally, in the novel he is destroyed. He dies with a peaceful look on his face is how one of the gypsies tells it. I have written quite a surprising turn of events following that in my novel with one huge twist at the end of it. I hope I have intrigued you!

Visit Carole Gill and The Blackstone Vampire Series on Goodreads 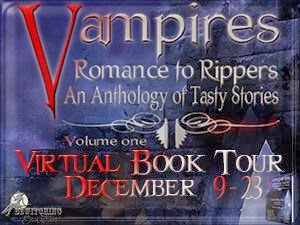